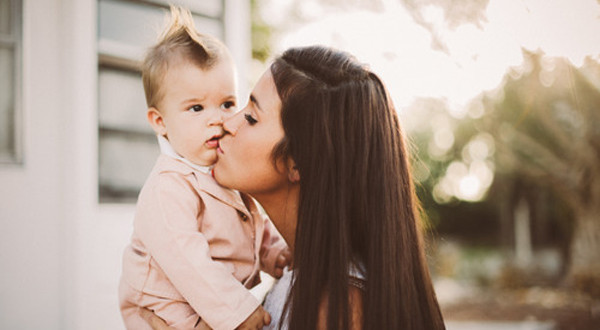 When I came home from college on a break, my 12-year-old brother admitted that he liked a girl in his class. I, being the concerned older sister that I am, asked what her name was. He was a little embarrassed so he refused to tell me, so for the next two weeks, every time he walked into the room, he was greeted with a “What’s her name?” from me.

It’s strange thinking that my little brother likes girls. My sister and I joke that he’s the perfect child because he has seen us get into enough trouble and he knows what the consequences are. He’s watched us go through heartbreak and loss. Hopefully, he’s learned from my sister and my experiences. I hope he keeps these lessons in mind as he grows and eventually enters the dating world.

I hope he knows that there is no rush to date. I remember kids starting to have “boyfriends” and “girlfriends” as young as third grade. Most of the time, the kids were just playmates but they gave each other that label. I remember hearing kids “hitting the bases” by the time I was in 8th grade. Kids are in such a hurry to enter the dating world. Why? There is no rush; they have their entire lives to date. They’re still young and have a lot of maturing and learning to do before they can date. I remember being that age and wondering why nobody liked me or why I didn’t have a boyfriend. Now I’m thankful that none of that happen because I was certainly not ready to date. I wish I spent more time being a kid instead of concerning myself about what that one kid in my math class thought of me.

I want my little brother to know that he has to treat mom right. There was a kid I liked for a little while and became friends with, but I quickly changed my mind about my feelings about him when I saw the way he interacted with his mom. I heard him calling his mom “a skank” and “stupid” to her face and behind her back. He would ignore her when she spoke to him. I realized he may treat me with respect, but if he is willing to treat a woman he is close to like that, what’s stopping him from name calling and disrespecting me in the future?

My brother is so respectful towards my mom and I hope he doesn’t lose it. He opens the car door for her and waits for her to get in before he gets in. He’s patient with her when he’s helping her learn how to use the new fancy tv remote or her new phone when it would be so easy to get frustrated. I hope he doesn’t stop these habits. I hope that girls will see this once he starts dating and this respect he has for my mom transfers to how he treats his future girlfriend.

I hope he knows that it’s okay to be a fish out of water. Kids called me a prude in high school because I made it clear that I wanted to be respected as a young woman and wanted to wait to have sex until I was married. It caused me a lot of heartache in high school but now I am so grateful I didn’t fall to that peer pressure. My brother is outgoing and kooky. He likes wearing lacrosse shorts that have crazy patterns on them and bright colored socks. While all of his other friends may like the same college football team, he likes a random division 2 college football team of a school no one has ever heard of. He’s different and he likes it that way. That’s just his personality. I hope he holds onto that and recognizes that he shouldn’t lower himself to the standards of his peers for a girl. A girl should like him, quirks and all. She should find them endearing, like I do.