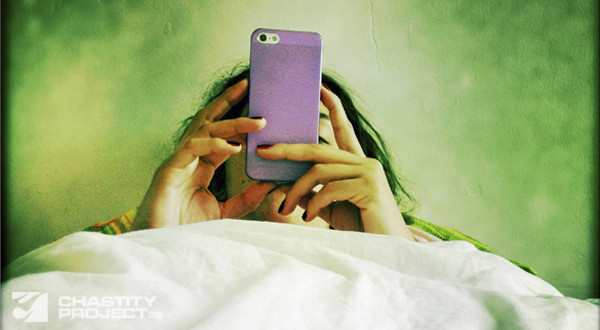 About a third of teens admit that they’ve sent sexually suggestive texts or images online or over their phones. Given the fact that sexting has become so commonplace in schools and among celebrities, many people never pause to think about why it’s such a bad idea. Here’s a top ten list, for starters:

3. If you’re sending sexual images online, you might not realize who is on the other side of the screen. Countless sex offenders pretend to be teens by using online photos of others. USA Today reported how a 51-year-old man pretended to be a teenage girl named “Sara” and persuaded more than 100 young people he met online to perform sexual acts on their webcam. He recorded what they did, uploaded the footage to file-sharing servers, and traded them worldwide. Another sex offender set up a bogus woman’s Facebook account and tricked a number of high school boys into sending him sexual images of themselves. He then blackmailed seven of them to perform sexual acts with him in public parks and bathrooms, after threatening to distribute the photos to their classmates if they refused.

5. As part of the college application process, many universities are not simply reviewing your grades and entrance essays. Some review your social media accounts to evaluate your lifestyle. Will that photo help your chances?

6. Even if you think the image will disappear via Snapchat, it’s easy for the recipient to save such photos by taking a screenshot.

7. Let’s be honest: What are the odds that this person will keep that image private forever? Some teens sell the images of their girlfriends to their friends. Others trade the images like baseball cards.

8. Five years from now, when you apply for a job, your employer can do an online background check and find the images floating in cyberspace. This won’t look good on your resume.

9. You may be surprised who finds out about the sext, and I don’t just mean your siblings, parents, or your Aunt Mildred. I know of a high school athlete who lost his scholarship to play football at a D1 state university for sharing sexual images of classmates on his phone.

So, what do you do if someone asks you for a revealing photo? Send them a picture of your bare hand, waving goodbye to them.

Jason Evert founded chastity.org has spoken on six continents to more than one million people about chastity. He is the author of more than ten books, including Pure Love and Pure Manhood.