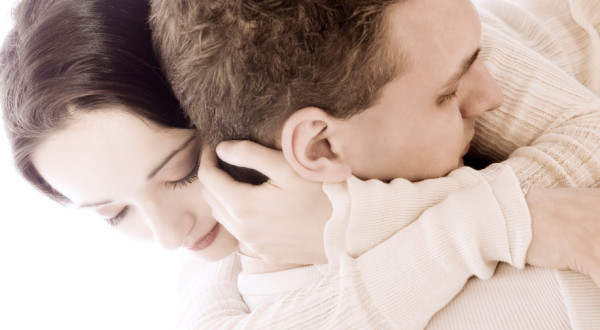 Once upon a college time I was “just friends” with a boy. But when we were together we would hold hands and were rather affectionate—as if we were dating. This is where it might have been handy if someone had brought my attention to the age-old-adage: “Actions speak louder than words.”

We’ve all heard it a million times. And if you’re like me, you might roll your eyes at the person saying it and murmur “yeah, yeah, yeah.” Yet, somehow, every time I hear it, it makes me stop and think about what I’m doing.

Because the truth is, actions do speak louder than words. Actions require our physical presence, and therefore involve our entire person when performed.

If I had thought about this while I was hanging out with my “friend,” hopefully I’d have realized I was saying something with my actions. I don’t flirt, hold hands, or cuddle with people I don’t want to date. That would be giving the wrong impression. But my entire person, present to this “friend,” was performing an action that expressed to him: “I want to be more than friends,” but what was conveyed in words was: “I want to be just friends.”

Which one did I actually mean?

I learned a lesson. I should have been more careful about what I said with my body. My actions spoke truth: I wanted to give and receive affection from another person. But gave the wrong impression to the wrong person, because I didn’t think it was a big deal. In the end, we both got hurt.

Our bodies speak a language that can be understood by other people. It can say some important things, and when it says these things, it can bring joy or pain. If this can happen simply by giving someone the wrong impression by holding hands, why should this be any different with any other action we perform?

Unfortunately, our culture doesn’t apply “actions speak louder than words” to one of the biggest, and most important actions we can perform.

Just as holding hands is an action that speaks something to someone, so does giving our body to another person in sexual intercourse say something.

Sex is a gift of persons. Not body parts. Persons. Remember, actions involve the entire person. Sexual intercourse is an action that expresses something with your entire person.

So what exactly, does sex express?

Sex expresses two things. Our bodies in sex say “I love you, and I want to give my whole self to you. In loving you and giving myself to you I am also open to creating new life with you.”

We are often told to remove the part about creating life from sex, but the fact is, that is what sex can do. That’s part of the power of sex. Your body is expressing its ability to create new life in addition to giving itself to another person.

Do you want to say that to just anyone? Is it truly possible to have sex with someone and hide what your body is saying from that other person?

Wouldn’t you want your body to say what it means, and mean what it says?

Waiting to have sex is difficult. I won’t tell you it’s not. But knowing and understanding what our bodies are saying when we enter into sexual intimacy with another person helps us understand the deeper meaning of why it is such a big deal, and why we should wait for our spouse.

My hope is that in understanding why it is important to wait, you will be empowered to do so. Your actions have a deep and powerful meaning; they speak a language of their own.

Ashley Ackerman is the daughter of two amazing parents, and older sister to two ridiculously cool siblings. She works as a high school teacher, and feels most like herself when she’s sharing her wisdom with her students. Occasionally, Ashley speaks about femininity and womanhood at various events, as well as writes super wordy blogs on her personal blog. She holds three college degrees because she couldn’t make up her mind for life at age 18, 22, or 23 (#reallifelessons). You can read more of Ashley’s blog posts by visiting her personal blog ackergirl.blogspot.com.