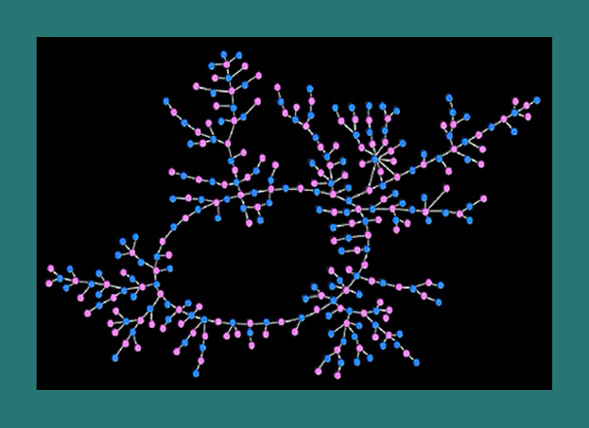 What you’re looking at is a sexual exposure map. To create it, scientists from Ohio State University tracked the sexual activity of an unnamed public high school in the Midwest. Their findings were published in the July 2004 issue of American Journal of Sociology.

Here’s what they found: 573 students admitted to having at least one romantic sexual partner in the last 18 months. Of these 573 students, more than half could be traced to a network of 288 partners! (See image) The pink dots represent actual high school girls, and the blue represents the boys. The lines between them represent the links of sexual activity. As you can see, while a guy may have only one sexual partner, theoretically he could be connected to 286 sexual partners other than his own. In fact, the furthest two people on the map are separated by 37 steps. Surely, not one student in this map would have suspected this intricate web of sexual exposure, or the massive implications this has on STD transmission.

The above image does not include the other 285 students who had been sexually active. These students were involved in numerous and separate smaller networks.