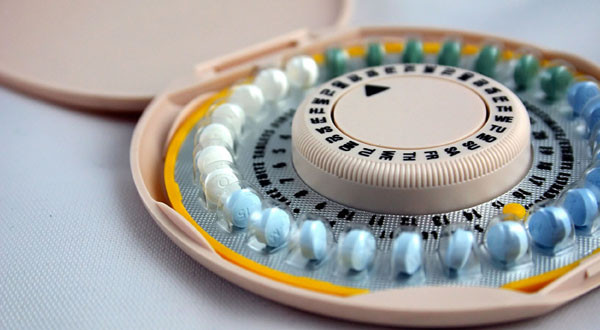 According to the World Health Organization, the companies that make birth control pills, the FDA, and the Mayo Clinic, yes.

In a July 29th 2005 press release, the World Health Organization declared that combined estrogen-progestogen Oral Contraceptives are carcinogenic to humans. Specifically, they said that “Use of OC’s increases risk of breast, cervix, and liver cancer.”[1] The data was presented by a working group of 21 scientists from 8 countries convened by the cancer research agency of the WHO, the International Agency for Research on Cancer. Click here to view the press release.

Companies that make birth control pills also have admitted a link between the drug and breast cancer. For example, the Physician’s Desk Reference (PDR) is a 3500 page book used by doctors that explains how drugs work. In it is the “exact copy of the product’s FDA-approved or other manufacturer-supplied labeling.” The PDR states that “a meta-analysis of 54 studies found a small increase in the frequency of having breast cancer diagnosed for women who were currently using combined oral contraceptives or had used them within the past ten years.”[2] The “meta-analysis of 54 studies” mentioned included data from over 150,000 women. It said, “The studies included in this collaboration represent about 90% of the epidemiological information on the topic, and what is known about the other studies suggests that their omission has not materially affected the main conclusions.”[3] Some might argue that the increase in breast cancer risk is only a small one. But with 80-100 million women on the pill across the globe, the numbers certainly add up.

More recently, the journal of the Mayo Clinic (Mayo Clinic Proceedings) published an article entitled “Oral Contraceptive Use as a Risk Factor for Pre-menopausal Breast Cancer: A Meta-analysis.” It revealed that 21 of 23 studies that followed women who took the pill prior to having their first child showed an increased risk of breast cancer.[4] The increase was especially steep among younger women. One of the authors, Chris Kahlenborn, M.D., stated, “Anyone who is prescribing oral contraceptives has a duty to tell women that 21 of 23 studies showed an increased risk.”[5] He added, “As more information comes out, it’s going to be increasingly difficult to suppress [the documented evidence from medical studies]. There’s a growing sense that it’s really just a matter of time before the lid blows on this thing. . . . We will start seeing a new attitude towards the pill, and it will be fueled by lawsuits.”[6]

In the Consumer’s Guide to the Pill and Other Drugs it also states that “Early-age use of the pill carries a greater risk of breast cancer, of developing larger tumors and having a worse prognosis”[7]. The Pill can cause plenty of other health problems as well, but click here for details on that.

Many doctors do not believe there is a link between the Pill and breast cancer. But considering that the World Heath Organization, the 2006 Physician’s Desk Reference, the journal of the Mayo Clinic, and other reliable sources openly admit such a connection, I believe there is reason for concern. Should a woman be prescribed the pill for medical reasons, she will be glad to know that successful alternatives exist. Click here for details on that.

Why does the Pill increase a woman’s odds of developing breast cancer? Chris Kahlenborn, M.D., explains: “Two of the most important types of hormones that control reproduction are estrogens and progestins. Birth Control Pills are made from synthetic estrogens and/or progestins. Experiments have shown that these hormones cause women’s breast cells to divide more rapidly, which makes them more easily affected by carrionogens—agents which cause cancer”[8].